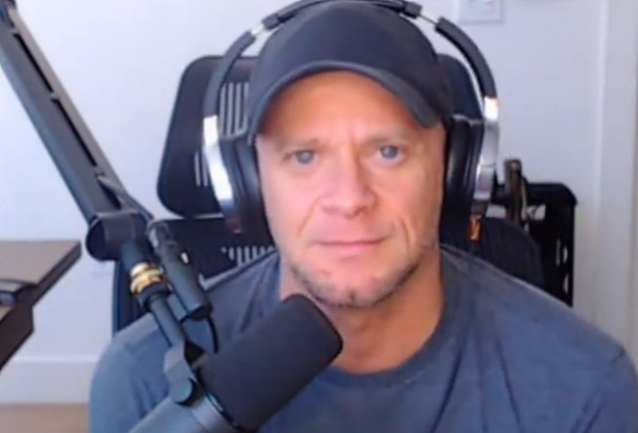 ALL THAT REMAINS singer Phil Labonte says that he is in favor of U.S. states phasing out mask mandates as a result of the coronavirus pandemic in favor of voluntary actions.

Even though some states have lifted mask mandates, you can still face charges if you refuse to wear a mask at a store, restaurant or business that requires one.

Businesses have the right and authority to demand that customers wear masks on their property. Failing to abide by a business's mask requirement could result in criminal trespass charges.

Labonte shared his views on mask mandates during an appearance on a recent episode of "Fite 4 Liberty" YouTube show. He said (as transcribed by BLABBERMOUTH.NET): "There's never been a time in any of our lifetimes where it was, like, 'Hey, you should stay home for the next blah blah blah.' And considering the fact that at least New Hamspshire where I was… I only moved to Texas in the beginning of February [of this year]. I lived in New Hampshire for a decade before that, and I've still got my house up there, so I technically still live in New Hampshire; I just have an apartment in Texas that I've been staying in… But anyways, I didn't have a problem with it because the feds didn't start saying, 'Hey… We're gonna do this.' Any time people were talking about mandatory lockdowns, I'm, like, 'Look, you can't lock down.' I'm, like, I'm pro-mask. If you wanna wear a mask, wear a mask. Cool. I'll wear my mask, because I know that people are freaked out, and it's not a big deal to me. And I was like that from day one. I was, like, no big deal. In fact, I bought a mask in January of last year, because I watch Styxhexenhammer666 [a YouTuber, occultist, author, editor and political commentator]. But he was the first guy that was talking about it. And he was talking about it at the very end of December [2019], beginning of January [2020]. And I was, like, 'This might be a thing. And I see a lot of people in Japan wearing masks when they're sick. Maybe I should get some kind of mask.' So I had one delivered to my house before February."

He continued: "So I had no problem with the masks and stuff like that. But the entire time, I was, like, 'Look, don't mandate. Don't make mandates.' Because as soon as you make mandates, then you have to involve the cops. And that's what I don't want — I don't want the cops to come because someone's not wearing a mask. That's too far for me. If a store says, 'We want masks,' cool. I'll wear the mask. That's totally fine. It's your property. I'll wear the mask.

Last August, Labonte confirmed to the FM99 WNOR radio station that ALL THAT REMAINS had commenced the songwriting process for the follow-up to 2018's "Victim Of The New Disease" album.

"Victim Of The New Disease" was released via Fearless in North America and Eleven Seven in Europe.